Started shortly after Hurricane Katrina landfall August 29th 2005
in close cooperation with the dutch Stichting New Orleans Dusty Duds being the "mother" of the Hurricane Brassband Maastricht NL http://www.hurricanebrassband.nl/and in cooperation with other jazzbands and musicians in the EUREGIO Rhein/Maas Rivers and together with IHP - the German Institute for Humanistic Psychology e.V. http://www.ihp.de/
for the efforts of
St. Augustine
Catholic Church Tremé
with Father Jerome G. LeDoux 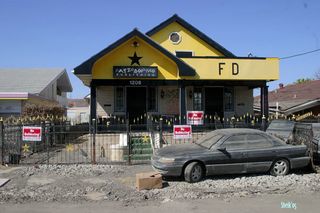 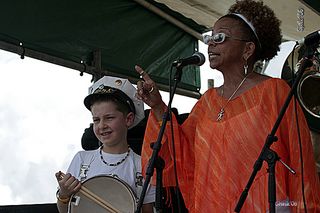 Fall 2005 all of you have seen the pictures of the terrible catastrophy that Hurricane Katrina has caused in New Orleans, the world capital of afro-american culture.

Not all of you might know that up to now the officials have just started to repair the holes in the levés - no more than that, although the government has promised much more. 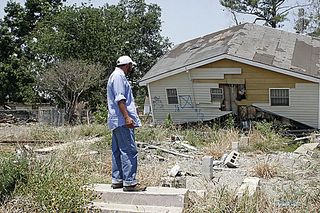 Emanuel Boutté in the hit area

One year after the catastrophy only private initiatives (like this one and many more all over the world) have given support for the hurricane relief in order to rebuild the most important areas of the afro-american roots: Tremé - Arabi - Gentilly - Chalmette ................ to bring the music and the people back. 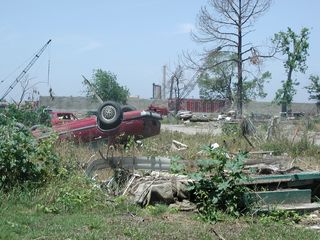 9th Ward behind the Industrial Canal

We will keep this organisation alive until the
Afro-American cultural neighbourhoods
are full of life & music again.

You are also invited to keep yourself informed via the website of the Hurricane Brassband Maastricht Netherlands: http://www.hurricanebrassband.nl/

You may also be interested in learning more about flooding and hurricanes before the Katrina desaster: http://www.globalsecurity.org/security/ops/hurricane-risk-new-orleans.htm